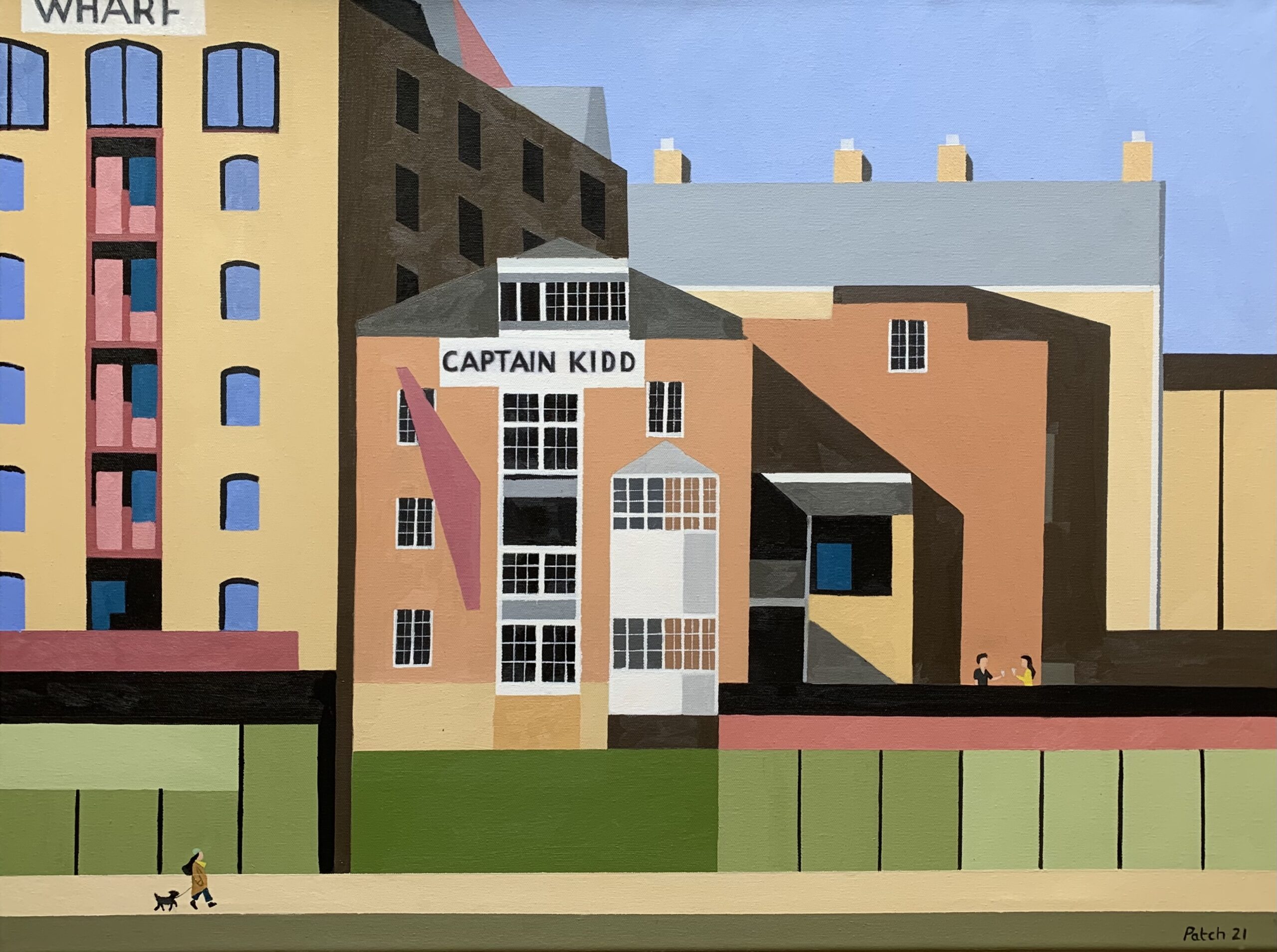 Captain Kidd Pub on the River Thames is an old traditional English pub in Wapping. The pub is named after one of history’s most notorious pirates, William Kidd, who was eventually hanged at a gallows nearby known as Execution Dock.

This painting is taken from a view that can be seen on the river Thames. Painted in Oil on canvas i’ve looked to capture the iconic colours of wappings which can be seen in its renovated warehouses and other surrounding buildings.

Artwork Owner Member Since: March 8, 2016
Patrick Cannon is an artist and designer living and working in London. He has held several exhibitions and currently has art displayed across the UK and abroad.

Complete the form below to send a message to this owner.